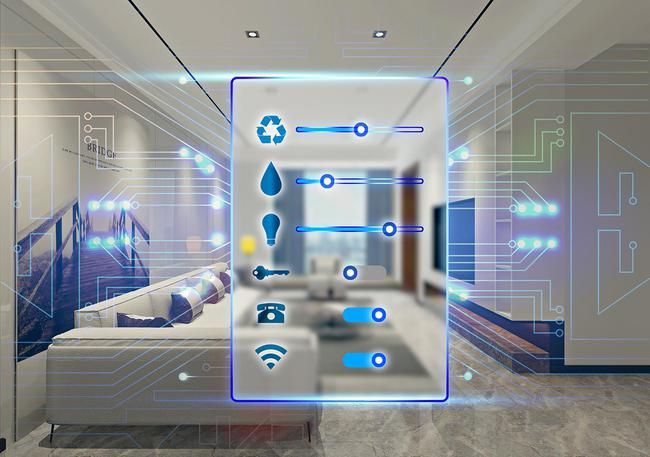 1. Intelligent home furnishing is the foundation

If you often read IT news, you will find that there are always smart homes described in articles that control everything through a mobile phone connection. If you don't think about it seriously, you will think this idea is indeed quite powerful, but the author now gives you an example to let you immediately reject such a second idea.

You wake up in the middle of the night and want to go to the bathroom. In the dark situation, do you think it is convenient for you to find your mobile phone to control the so-called smart light bulb or turn on the light directly by voice control?

This example tells us very clearly that if the smart functions in the smart home are placed on the mobile phone, then there is no intelligence at all. To put it bluntly, this kind of intelligence relies on human operation, and the home has not been given any intelligent functions.

Similarly, if you get up in the middle of the night, when you sit up completely, the sensor of the smart light bulb or the camera in the house senses that you have been seated, and judges what you might be getting out of bed based on the time, so the headlights in the room are automatically turned on. , And then analyze according to your moving route or combined with historical data, light up the lights on the way you may have to reach the destination in advance and automatically turn off all the light bulbs after you lie down again. Compared with the previously envisaged scene, does this scene now seem to be truly intelligent?

Of course, this scene is too idealistic, and human beings, as a highly intelligent species, will always do something else from time to time, so it is not realistic to fully predict human trends, but the real focus of smart homes should be to give home equipment the ability to analyze. Remote control is only an auxiliary function and cannot be used as a leading role. Take a mobile phone to remotely control it to have a relationship with the smart?

Let me give you another example to help you think about it. When the weather is very cold in winter, many people in the south have independent heating in their houses. When people are not at home, the air conditioner must be turned off. Therefore, users have two options:

The first is that you use your mobile phone app to remotely control the air conditioner to turn on and set the temperature when you are about to get home, or directly set the timing to turn on.

The second is that the smart home hub at home keeps track of your location through your mobile phone location service, analyzes the level of traffic congestion and historical home time based on big data, and automatically turns on the air conditioner to set the temperature you like when you are about to arrive.

I think the two options are better or worse. I think you can understand at a glance. Of course, the second option also has its own shortcomings. For example, you may just pass by your home without actually going home, which will lead to system misjudgment and waste. Energy, but as mentioned before, remote control is an auxiliary function, this function is to solve the problem of low intelligence. So this scheme can be set up in this way. When you are off work, you can send a voice command to tell the hub that you are going home, and then the hub will start intelligently deploying various devices to start working. How about it? Is this plan one step closer to perfection?

2. Data collection and analysis are the key to intelligence

From the two case studies mentioned above, we can find that the two important points in the smart home are the perception and analysis functions, which are exactly the mechanism that imitates the human response to external changes. We collect a variety of data through sight, smell, hearing, touch, skin induction, etc., and then pass it to the brain to make a reasonable response.

The perception function is the source of data. Theoretically, it should be spread all over the various corners. Collecting a large amount of data through sensors actually shares a lot of human perception work and reduces the workload of human sensory organs. As for the data analysis function, it is to simulate the thinking ability of the human brain and how to react when certain data changes.

What is more controversial in the current smart home framework is what the carrier of this data analysis is. router? cell phone? Smart speakers? computer? Or is it scattered in various smart devices? The author believes that we can refer to the human response mechanism.

Human response is divided into conditioned reflex and unconditioned reflex. The automatic power-off function of the smart socket does not need to rely on too many auxiliary calculations, but the automatic air-conditioning function mentioned before needs to be deployed by the central control. In this way, the smart home system is a distributed computing structure. Each device must have certain smart attributes and wireless connection capabilities for data exchange. Finally, the central control device will manage all devices as a whole.

When it comes to Central Control, it has to mention the ecological circle. I used to hear many people say that Android is more dominant on the smart home platform because it is more open than iOS. But after reading the analysis just now, especially the issue of distributed computing architecture for smart home appliances, do you still think that the question of whether the system is open is very important?

Apple and Google have very shallow foundations in the field of smart home appliance manufacturing, and neither can have a large and complete product line like Samsung. But for smart home appliances, it doesn’t matter what system it uses. What’s important is that as long as it can exchange data with the central control device.

This is similar to that a wearable device can adapt to both iOS and Android. So Apple and Google only need to ensure that they can control the central control equipment. As for the home appliance part, both are completely open. Manufacturers only need to adapt according to the two standards. Other aspects will not interfere too much. Amazon has the same attitude.

Many American blockbusters have a classic scene. NB hackers control the central system through the network to operate all equipment, such as opening and closing doors. Don't think this is a fantasy. In fact, the biggest problem in smart homes is this network security problem. Since smart homes require a large number of wireless and wired network connections, risks can be said to be everywhere, especially once the central control device is successfully hacked, then your home will perfectly reproduce the scene in the hacker blockbuster.

As for privacy, it has become a challenge that is difficult to bypass. The intelligent development of smart homes and privacy have the feeling that it is difficult to have both fish and bear's paws. If you can't provide all kinds of equipment data at all times, then the smart home system will not be able to analyze, and intelligence will be out of the question. But if it is provided, how to ensure privacy and prevent privacy abuse by the equipment and platform parties has become a matter of great concern to consumers.

Smart home is a sunrise industry. The market prospects are very broad. It has attracted a large number of start-up companies and established electrical appliance manufacturers. However, many products presented so far are not enough to impress most consumers. However, network security and privacy are sensitive. How to solve the problem will take a long time to develop. However, in my opinion, smart homes can truly allow people to enjoy the convenience brought by technology only if they seek stability rather than fast.​​​​